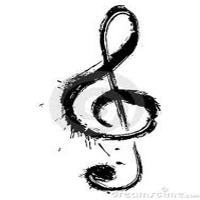 Just tiding up a bit, everything is still here, Changes:

Why the change, oh I have something new planned., SOK

This is it the final chapter and the final disclaimer.  Hope you liked the ride.

I’m going to start today with a thank you to everyone who has followed the Elliptical Threads on this journey.  It’s now up to other writers out there to add more for now.  I’m actually going to write some non-fan fiction next.  It will be on the blog or I may even start a new one.  I may even continue the threads someday if something comes to me. I’m also going to write some other short fan fiction when the mood strikes me.  I’m sure it will be Leonard and Penny though you never know I’ve grown very fond of Sheldon and Amy in this piece.  This last chapter will be fairly short actually I plan on leaving most things open.  The setting will be simple enough.  Again to all my readers thank you for the gracious and helpful comments throughout this piece.  Now I really should write one last disclaimer. I bear no more responsibility for messing with the characters of TBBT than the actual writers of the series.  My only concern is for the fluidity of the story I hope theirs is also.  In other news the bank in Nigeria has not come through so I’ll have to keep the day job for now.  I’m still out of scotch though my wine consumption has increased.  There is a differential there but I leave the white board at work most days.

Yep I wrote a disclaimer really I did

On the road today so using the iPad as well so I predict many odd words within this otherwise benign disclaimer that I’m starting now. Where am I at today?  About 100 miles north of the California border on I-5.  Physically I’m at small park writing instead of eating lunch.  I just need to check on the client then head south.  I figure I’ll get a bite while I’m driving.  Some really healthy food product I’m sure.  Well it will still beat airport food, shudder.  I haven’t actually written a real disclaimer for a while so here goes.  Unless through the untimely passing of some unknown relative I have no interest TBBT, Warner Brothers, CBS, or that bank in Nigeria I’m waiting for the funds to come through from. I haven’t heard from Nigel lately better check my account.  I wonder how he got my name and email.  Oh well nothing ventured nothing gained.  Should I become fabulously rich in the next few hours I’ll buy all my readers a drink.  Until then you’ll have to just be happy with another chapter of this odd and lengthy narrative.

I’m still in a hiatus mode I suppose but it was nice rewriting some older work yesterday.  I l also took a couple of days to read, edit and do some rewrites on The Threads.  Those edit and rewrites only appear in the master file which is on the blog.  The blog chapters and Fan Fiction chapters remain unaltered.  But you can download the PDF, iBook and Kindle versions of the master if you’re so inclined.  If you’d like the word document email me from the blog.  It’s rather funny that I’m so taken with TBBT which I have no and wish no ownership of.  It’s funny because I’m really not a big TV person.  I follow something for a little while then move on.  So right now I’m only watching two shows Raising Hope and The Big Bang Theory.  So what are the perils of writing a really long piece of fiction?  You find yourself not reading other fiction.  I do follow a few Fan Fiction pieces.  But I also have six new books siting on the Kindle that are going unread.  It’s also not saying that I’m not reading.  Professionally I devour 300 or more pages of technical stuff every day.  I write somewhere about 5000 words a day.  About 2000 to 3000 of those words are this piece.  Why the long diatribe tonight?  I’m out of whiskey, my golf game today was mediocre, my dog is too old to climb the stairs.  There were highlights, I got spend time with my daughter, play golf, drink a beer, and now I get to work on the story.  I couldn’t be happier, if I only had remembered to buy scotch.

Back from a short Hiatus

I’ve been on hiatus for a few days needed to stretch the threads in my mind for a while.  I just got an email that Nicole, (WeBuiltthePyramids), has published another chapter of Parental Ambition on Fanfiction.  If you haven’t you should give it a read.  It’s remarkably well done and she is very talented.  If anybody hasn’t figured out the disclaimers are a warm up.  I just write what I’m thinking and let the muse wander a bit.  It’s been a remarkable journey writing this piece.  The ability to keep it going in new or odd directions has been fascinating to me.  But all things come to an end as Beverly has just found out.  Perhaps we’ll go on a little longer but who knows.  One last thought, Macy I miss you where have you gone?  I’m going to post all your reviews and story soon.  That said.  Let’s begin shall we.

Last day of good weather tomorrow rain and 55 degrees, someone remind me why I live here.  Oh yeah family, business, partners, and of course the mountains and the ocean.  Just have to put up with being wet 6 months of the year.  It occurred to me that I’d like to sail again a long reach Bahamas to the Dominican.  Yes breeze, waves and dolphins.  White beaches, conch salad, Cuban cigars, Jamaican rum and coffee, Red Stripe beer.  Soon enough I suppose, soon enough.  We’ll test threads tonight how tight can they be stretched before breaking.  Then again I suppose some bonds are unbreakable and timeless.  I owned everything yesterday now it’s just shorts, a t-shirt and sandals.  Don’t own anything else feel free to use them as you would like.

Sixty chapters who’d have thought this little one shot would go sixty chapters I really do need to reevaluate my use of free time.  Basically an ellipse is the cross section of a cone when cut at an angle.  Like a circle it’s a closed shape with no ends.  There is no beginning and no end just a continuous shape.  Maybe that’s how we got to sixty.  I have no end to the story just of my own involvement there in.  So someday I’ll just stop adding to it.  The Threads part of the title refers to those little pieces of twine that make up rope.  If the entire story is a rope the threads are the little pieces of that story.  Pull out this thread and it’s dramatic, or pull another and it’s funny and touching.  I just keep pulling at those threads and hope the rope doesn’t tighten around my neck and strangle me.  That I don’t write myself into a corner I can’t get out of.  This chapter may pull very hard on one of those threads.  I haven’t really decided yet.  Yep I own everything today, our new company motto, Take over the world then search for new planets.  Ouch bit my tongue must get bigger cheeks.

The long weekend begins, no not playing in the 80 degree weather which always seems to appear when I have an onsite project to complete.  Stuck inside in a hurry up and wait mode.  The upside of this is I do have some time to write.  The downside is that I’m going to have to use the iPad today as the laptop is in use.  Bill are you listening I would pay for MS Word that runs on the iPad, I really would.  Let’s see where we are in the tale.  I believe Beverly is in town for a few days to see her newest grandchild and visit her other grandchild and daughter in law.  She’s also here to observe and come to terms with Leonard and their relationship.  The time has come for the realization of plans long ago laid down.  If anyone has ever went down this path before including TBBT I must of course be held blameless because my sociopathic make up won’t permit otherwise.

Not really a disclaimer tonight, a little background maybe

Polar has a lot of definitions the one this chapter refers to: “resembling a pole or axis around which all else revolves.”  In my extended character of Leonard Hoftstader his life is very tri-polar.  His life revolves around three very distinct poles.  The first pole is his wife and children.  This is his primary pole there will never be anything more important.  This is where he exercises his emotions and his well-being.  The second pole is his friends and professional life which are intertwined.  It’s in this place he exercises his intellect and his abilities.  The third pole is more intricate and convoluted, his extended family.  Does Leonard care for his Mother, Father and siblings?  He does but with fear and loathing and it’s for this reason that Beverly Hoftstader is here.  This isn’t just a visit this is research, the final chapter of a body of work that started when Leonard was born.  She needs to finish it before life finishes with her.  The following is her journal of this visit and research.  Oh and an independent observers recording of the events, TISH, and finally the actual event as recorded by this writer.

Silly disclaime and easter egg from 55

You know the weather is bad in Oregon when ducks start committing suicide.  Three of them tried to fly in front of the car today.  They were probably just confused with the road looking like a pond.  After swerving to avoid them and narrowly missing a family of 4 in the other lane it occurs to me the time has come to live the winter and spring months in some other region.  Dammit Malibu here I come.  To accomplish this goal I will need some kind of stake in TBBT or some other hit show.  If anyone is offering now is a good time while I’m in the mood.  Otherwise I have no ownership, interest or any of that falderal.  Always wanted to use that word somewhere might as well be here.

Chapter 55 was an Easter Egg for Sheldon’s Parkinson’s fear.

Everything was there to figure it out

Leonard gave you the web site:” link to the Mayo Clinic site”

Sheldon tells you he’s taking meds, “He took one of the anti-nausea pills from his desk”

He looks it up on the net and doesn’t faint or freak out: “He immediately moved to his computer and started doing internet searches.  He had his answer in a few moments time.  Sheldon sat back in his chair and saw it was time to go down and meet Amy for his ride home.”

So Chapter 56 was actually in my head for one possible resolution to the problem when I wrote Chapter 54.

Just needed some comic books and let the character’s be themselves..