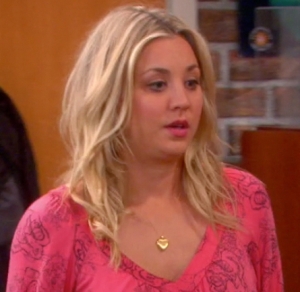 How can I explain to you what Sheldon Cooper is like? First of all he has a photographic memory.  He calls it something else but he can remember every detail of things and recall them to you.  That might explain why he’s always got great grades and excelled in school.  Sheldon is also very obsessive as in OCD obsessive.  If his life and the order of how he expects things is disturbed it disturbs him as well.  Leonard being gone this summer has certainly disturbed him.  The first thing is he’s sick a lot.

Sheldon has always been a hypochondriac, (thank god for spell check), so I’m used to him coming over with problems to my door. They are as easy a paper cut, which I must thoroughly clean, disinfect and bandage.  To the bizarre, I had to check his ears for spider eggs.  This year he really has been physically sick this summer.  Two colds only weeks apart kept him in bed and drove Amy to almost kill him.  After that he took to wearing a surgical mask for the next two weeks.  I made him unhappy by drawing a Joker’s huge grin on the front that he didn’t know about until he got to work.  At least I got a good laugh out of it as well as Howard and Raj who pointed it out to him.  The day after I got back from Iceland I stopped by to see him.  I was missing Leonard terribly even though he had sent me an email that they were sailing that day.  He had gone on telling me how much he missed me, I cried.  Anyway back to me stopping by to see Sheldon, I found Sheldon sitting on the couch.

I entered the apartment and waved as I passed him to check the fridge for any leftovers.  I just got back from being abroad after all and had no food in the house.  Okay I rarely have any food in the house.  The grocery store is my refrigerator.  Sheldon was sitting on the couch staring at the TV which was off. I’d found a lovely leftover salad in the fridge.  I started heading back to my place when he stopped me and pointed to Leonard’s chair.  I curled up in Leonard’s spot and started eating being suddenly aware that Leonard wasn’t there.  I guess it must have showed because Sheldon Cooper who is normally oblivious to what other people are feeling, just looked at me and sighed, “I know Penny I miss Leonard as well.”

I’m pretty sure at that point my mouth was hanging open.  I closed it and began to chew my salad.  Sheldon looked back at the TV and then at me. He said, “Normally Leonard and I would be arguing at the moment whether to watch Red Dwarf or reruns of Dr. Who.  What would you like to watch?”  Again I had to stop eating for moment as I was taken aback.  I finally said that I’d prefer Dr. Who.  Sheldon nodded and turned on Red Dwarf then shook his head, “Just what Leonard would say, sorry going for comedy today.  But thanks for filling in.”

I smiled as I watched him settle back and turn his attention to the show, a slight grin spreading on his face.  I sat back and munched on the salad and watched with him.  The whole point of this I guess is that sometimes I do get how Sheldon thinks.  It doesn’t happen very often but it does.

Leonard just sent me a new email from the Atlantic.  We are Skyping this afternoon if everything works out.  He has some requests for the evening including my black framed glasses and the black teddy I bought in Iceland.  I guess that made an impression.

I won’t see any of my friends until tonight. I invited them all to Sheldon’s to cheer him up.  The truth is they’re there to cheer me up as well.  So now to answering comments:

Raj, I’m glad you figured out the new girl you met was once called Norman.  It’s always good to clarify that and what stage of her transformation she is in.  This lets you avoid embarrassing situations for the both of you.  I was happy to hear you did have a nice dinner and movie though. I hope your skin care tips help Norma.

Amy, I’m sorry to hear about your mishap with the Monkeys in the weed experiment.  Like teenagers its best to just throw the food in when they have the munchies.  I’m glad to hear none of the bites are infected though.

Chuck, I’m glad you’ve cooled your jets on the photo thing.  Yes Valerie Mossbacher still lives in Nebraska.  She lives in Omaha, has three children and last I heard weighs 250 pounds.  Good luck with that.

Now for Raymond, my new friend from Britain, no I’m not available even if you are rich and have a lovely cockney accent.  Leonard I know this is you.  The fuzzy picture of Hugh Grant isn’t fooling anybody.

Bye until next time.